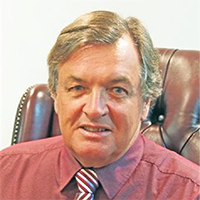 As a current non-executive Chairman of Telematic Communications P/L and Data Synergy P/L, Michael Terry has a long history of developing world leading technology for the Telecommunications industry internationally.

After time with Alcatel and NEC in the Contact Center space Michael started his own company in 1980 (Telecost P/L) in the area of telephone call accounting. This company was sold to Ascom Switzerland in 1987. Michael then established Telematic Communications and this company has been a worldwide OEM supplier to Nortel and later Alcatel-Lucent and an SPP partner to Avaya and CISCO.

Michael has been asked to chair two government industry telecommunications bodies and then in 2014 when the Australian CCMA and ATA combined to become Auscontact Association, Michael was asked to become Chairman for the first two years of their amalgamation. Michael is currently non-executive Chairman of Telematic Communications P/L and Data Synergy P/L.